We have created this LibGuide for the purpose of sharing resources, that address Racism, White Privilege, and Police Brutality (all do thanks to Donald B. Watt Library's marvelous research guide)

#BlackLivesMatter was created in 2012 after Trayvon Martin’s murderer, George Zimmerman, was acquitted for his crime, and dead 17-year old Trayvon was post-humously placed on trial for his own murder. Rooted in the experiences of Black people in this country who actively resist our de-humanization, #BlackLivesMatter is a call to action and a response to the virulent anti-Black racism that permeates our society.Black Lives Matter is a unique contribution that goes beyond extrajudicial killings of Black people by police and vigilantes.

It goes beyond the narrow nationalism that can be prevalent within Black communities, which merely call on Black people to love Black, live Black and buy Black, keeping straight cis Black men in the front of the movement while our sisters, queer and trans and disabled folk take up roles in the background or not at all.  Black Lives Matter affirms the lives of Black queer and trans folks, disabled folks, black-undocumented folks, folks with records, women and all Black lives along the gender spectrum.  It centers those that have been marginalized within Black liberation movements.  It is a tactic to (re)build the Black liberation movement.

#OperationHelporHush grew organically on Twitter in the midst of the events occurring in Ferguson, MO following the death of Mike Brown. Twitter activists are responsible for the incredible coverage and attention in Ferguson and have shown the power and potential of social media to impact social change. Social media can be noisy. And it is easy to hide, and be hidden, in the noise. #OperationHelporHush started as critics doubted the impact that Twitter activists could have to influence change and our response was, “So help…or hush” — either contribute to the movement or be quiet.

Eric Garner, 43, was accused of selling untaxed cigarettes in Staten Island. However eye witnesses in this case state that Mr. garner broke up a fight between two people in which case the NYPD came to harass and arrest Mr. Garner as they known him for selling untaxed cigarettes. Mr. Garner can be seen in a video recorded on the scene not being hostile, but frustrated at police officers. Mr Garner told officers to leave him alone and was not acting out in a threatening manner again simply frustrated. Even though a law was broken and the officers needed to do their duty, the footage clearly shows no immediate need for the officers to use violent-force. Officer Daniel Pantaleo is seen giving Mr. Garner a chokehold, which is by no means allowed to be use by the NYPD as per the NYPD guidelines. This action caused the sad and needless death of Mr. Garner. Stand up for Justice. And Check out the Justice for Eric Garner Tumbler page.

This petition is for the many unarmed men and women who have been killed by the police. It is unacceptable for the police to serve as JUDGE, JURY, and EXECUTIONER. The recent murders of Eric Garner, Michael Brown and John Crawford this past month at the hands of police have so inflamed communities across the country that we believe we are reaching a tipping point of anger. 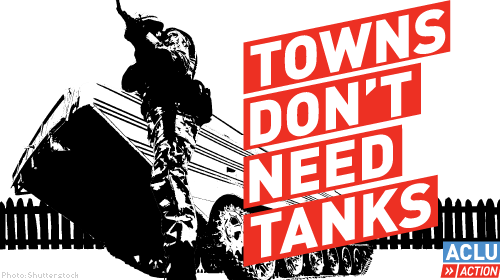 American Civil Liberties Union: Our communities are not war zones

Good policing is about trust, which has been severely eroded through the use of excessive force and police brutality. If police forces across America continue to militarize and treat communities of color as the enemy, they will increasingly be seen as an occupying army.Stopping the funding and incentivizing of police militarization is a crucial first step to ending this war.

Stop the Militarization of Police in America Immediately

From Mike Brown in Ferguson to Eric Garner in New York, police forces are assaulting and killing innocent people, with no accountability. This is unacceptable. Police forces should be protecting us. By militarizing police across the country through the 1033 program, the Pentagon is encouraging local police forces to feel as if they are going into battle — with a clear enemy and a shoot-to-kill mentality. This national militarization of police must be stopped immediately.  Sign the petition to demand that the Department of Defense dissolve the 1033 program and hold all police officers involved in brutality accountable.